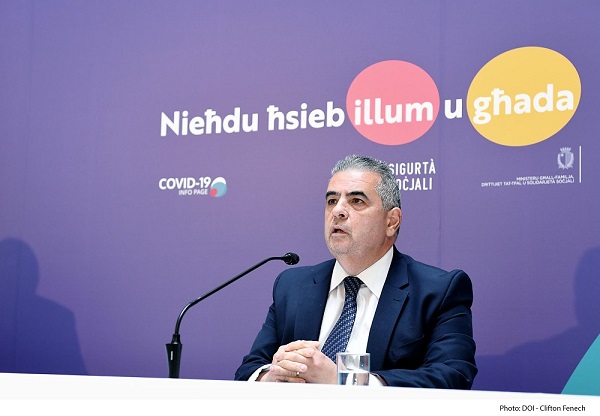 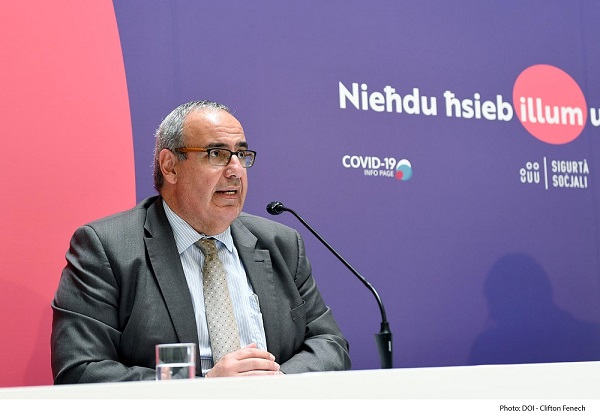 On the 5th of May 2020, the sixth process of payments continued for those individuals whose employment was affected due to the Covid-19 situation. The total expenditure reached €7.35 million, adding up the contributions of social security (€735,000).

Till now, there has been a total of 9,670 applications, of which nearly all have already been processed (96.7%).

These details were given at a weekly press conference hosted by Minister Michael Falzon and Permanent Secretary Mark Musu, who said that, among those individuals that were paid today, 5,863 people have received the benefit allocated to parents, those with medical conditions, or disability, while they remained in employment, whilst another 399 individuals have stopped receiving their benefit and returned to work.

This means that there were another 6,262 jobs secured, added with the 88,000 jobs secured through the Malta Enterprise, so that to date we have a total of 94,000 secured employments.

Every beneficiary paid up till now has received an average of €1,039 in financial aid. The Covid benefits will continue to increase till the situation persists, while applications will be accepted continuously and simultaneously.

28% of the people receiving the benefits are males, while 71% are females, a reflection of the number of beneficiaries receiving the parent benefit.

Since the 16th of March, 8,753 telephone calls were received on the helpline 25903000, which is helping the elderly when it comes to buying necessities, including medicine.

So far, Aġenzija Appoġġ has encountered 2,472 telephone calls on the helpline 1772, on which they assist people suffering from loneliness.

The Foundation for Social Welfare Services has already handed 15,000 boxes of essential products to vulnerable families.

Minister Michael Falzon extended his appeal for every citizen to continue cooperating with the health authorities, in order to overcome this pandemic and all of its challenges.