The International Relations Unit (IRU) was established in November 2003.  The idea behind the setting-up of the IRU at the time was to have an in-house specialised unit mainly to deal with and administer the obligations in the social security field arising from Malta’s EU accession.  However, the EU part is not the only international responsibility which the Department of Social Security (DSS) has entered into, and at this stage it is important to highlight the history behind the DSS’s international relations.

Since its establishment, the IRU has become a fully-fledged unit dealing with all benefits under all bilateral agreements, international agreements and covenants which the DSS has entered into, and EU Regulations (EC) Nos. 883/2004 and 987/2009 on the coordination of social security systems.

Basically the IRU acts as the point of reference for all EU and international affairs related issues.  The organisational structure of the IRU is illustrated graphically by the Organisational Chart.​

We are committed to facilitate the coordination of:

Prior to its accession to the EU in 2004, Malta had already established international relations with a number of other countries and international (ISSA) and regional institutions (CoE).  In fact as early as 1956, Malta had signed a Reciprocal Agreement with the UK.  Reciprocal Agreements are formal treaties that help co-ordinate the social security systems of the respective contracting countries and the objectives are:

The roles and responsibilities of the International Relations Unit

The responsibilities being carried out by the above mentioned staff members are too numerous to mention, and in brief these include:

The above can be summarised in the below depiction: 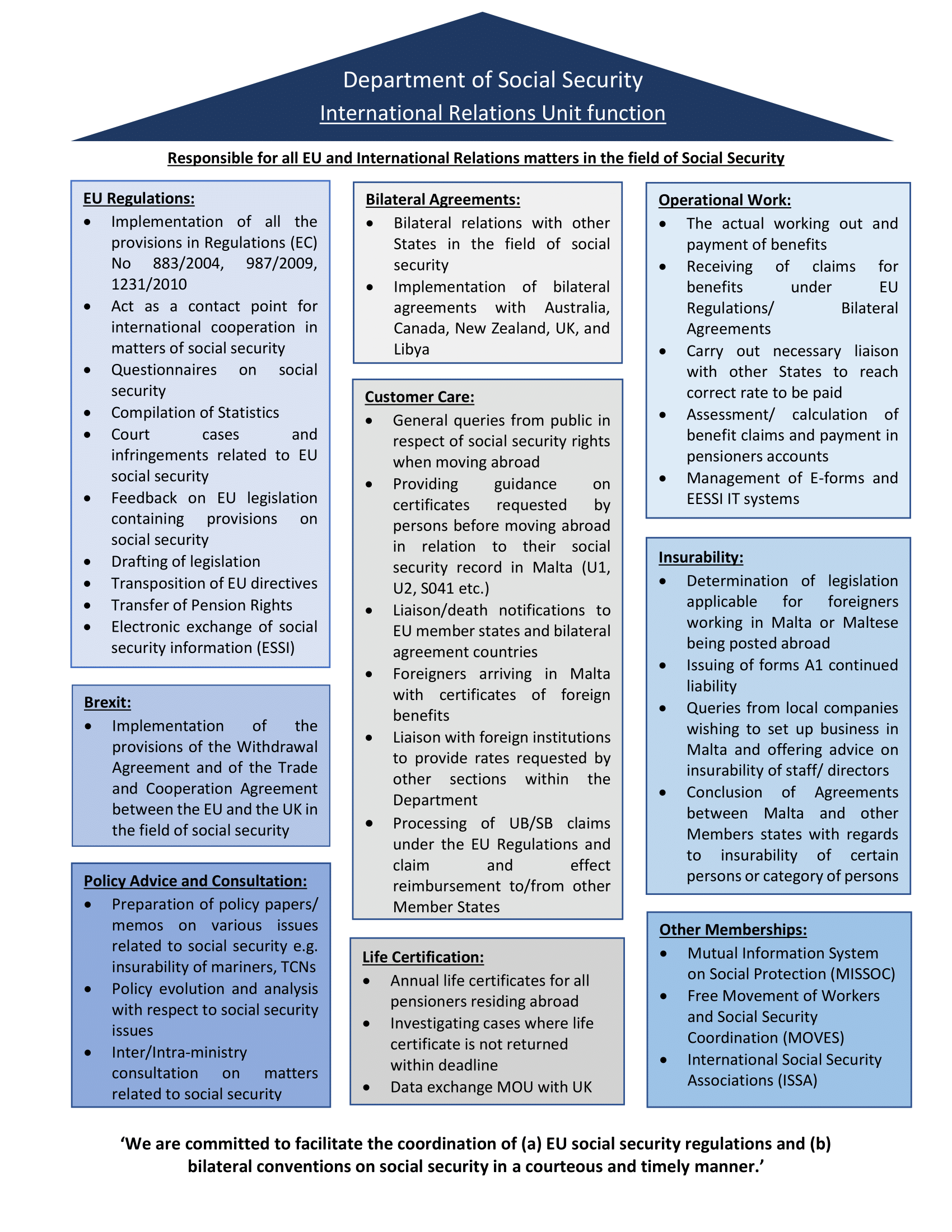